Get fresh music recommendations delivered to your inbox every Friday.
We've updated our Terms of Use. You can review the changes here.

Iterations of a Scene 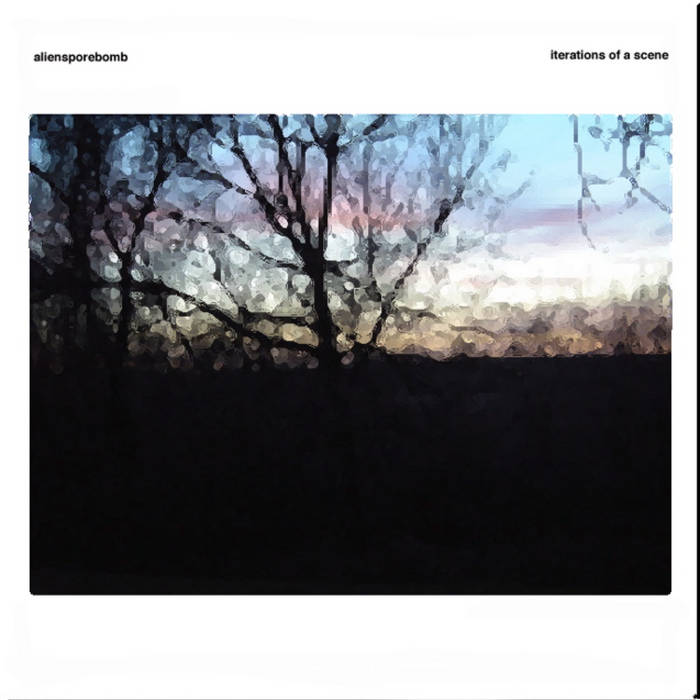 This album was supposed to be released during the winter of 2004 with 12 tracks at the time. I'd gotten a particular distance into the project and then a critical hard drive containing most of the master tracks had crashed and at the time was presumed lost forever. In the intervening time I became distracted by my "This is Aliensporebomb" project which came about because I had much more computer horsepower at the time to start (and complete) that project rather than continuing with this one as re-doing everything from "Iterations" just didn't seem a good use of time. I think I stopped work with 4 tracks remaining to finish. I took "Life" the most elaborate track in terms of work from this project that actually was completed and the session didn't get lost on said hard drive and put it on "This is" instead. Later, after "Tales from the Next Phase Outwards" dropped I looked at it again. I'd always considered my first five internet release records just as "practice throws" but there were parts of "iterations" (the 4th in the series) at least comparable in terms of quality with some of the material on "This is." At first I was initially going to just put it out as is but some of my favorite pieces on iterations were marred with technical problems, unintended distortion, noise and problems with the percussion performances due to equipment being left on for too long causing unwanted tempo drift. Recent advances in data recovery software and with even more computer horsepower than I had for the last two projects I've finally taken the opportunity to edit and correct some of these problems and finally release this little record onto an unsuspecting public. And now I can work on the next one in the series! Still in process as I write this in 2021.


A production of the aliensporebomb international imperium.

Operating in an experimental mode since the late 1990s, the Aliensporebomb project has been masterminded by multi- instrumentalist Todd Madson as a way to get his all-genres-fit music to the world.